Friends of the shop Sal Montgomery & Matty Nichols, have sent us a review of the paddling antics of 2014 :-

Well 2014 has been one of the biggest years so far. We have spent a lot of time exploring rivers and waterfalls at home and across the world. 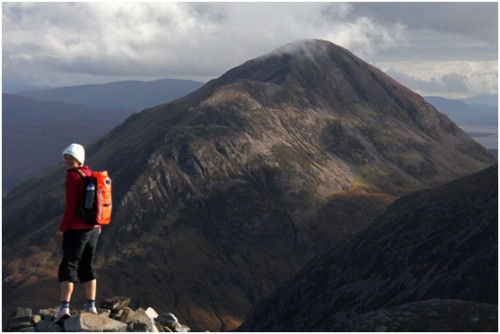 Our travels have taken us to some amazing places, where we have paddled incredible whitewater and met some great people.

2014 started for us in New Zealand where we escaped the cold UK winter and spent two months in the sun paddling some of the most amazing white water in the world. We spent time on both the North and South Islands exploring this amazing country. 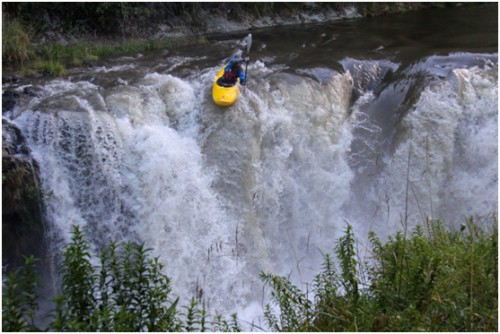 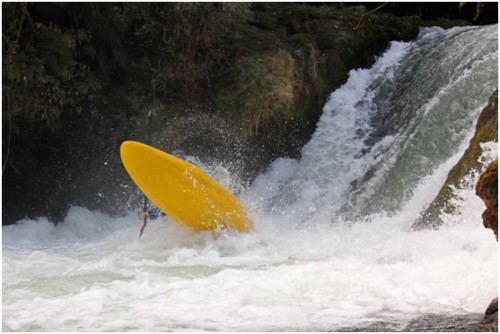 After New Zealand we spent a lot of time in Scotland. The West Coast of Scotland remains one of our favourite places to go paddling. However we have started exploring other areas of Scotland. Joining up with local paddlers Ted Piper and Thom Brown we have been fortunate to go to some amazing places that few people travel to. Many of these rivers require long hike ins across tough terrain which has really tested our equipment. Having Peak UK gear and Seal Skinz equipment has prepared us perfectly to remain warm and dry in these conditions. 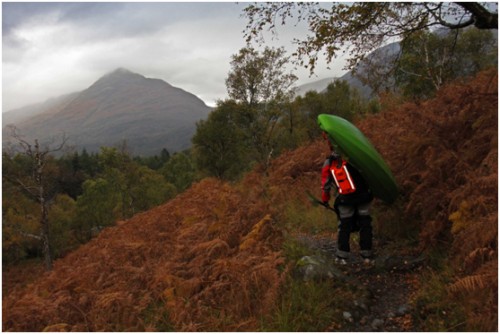 A long Scottish hike in to another remote section of river. Photo: Matty Nicholas

Kayaking the Abhainn Righ was one of our Scottish highlights from this year. This is an incredible section of waterfalls and I was fortunate enough to grab this amazing photo of Sal taking on the second drop. 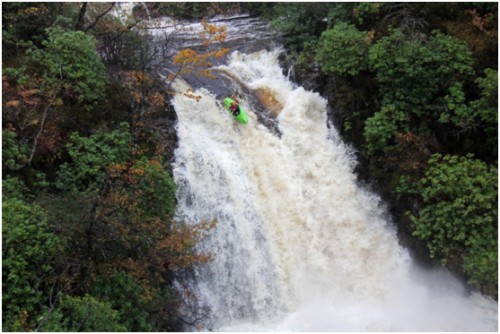 A sneaky trip to the French Alps was a great break from the Scottish rains. Joining Stuart Parnell and friends we spent seven days kayaking in France that saw us paddle sixteen sections of white water. 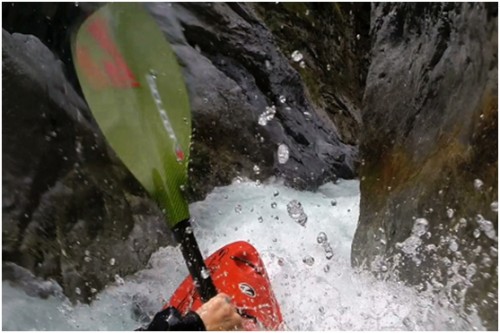 Whilst Matty continued to explore the creeks on offer in the UK, Sal headed to Nepal for some big water boating.

Sal spent nearly two months in Nepal. She started her trip with the Tamur river which consisted of four days trekking to get to the put-in and then four days on the river. After this she headed to Pokhara, and enjoyed several multiday paddling trips. She was also invited to be part of the Jungheon Park documentary about the Himalayas. 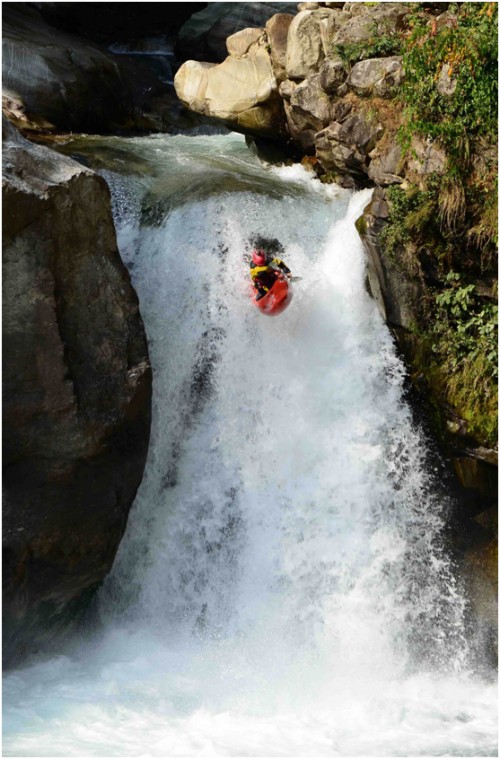 Also part of this documentary was the legend Sano Babu Sunuwar, who completed the impressive trek/paraglide/ paddle of Everest. Babu welcomed Sal in to his home and took her paragliding in his local mountains. Sal then joined the excellent rafting and kayaking company Paddle Nepal working as a safety kayaker on rivers such as the Marsyandi. 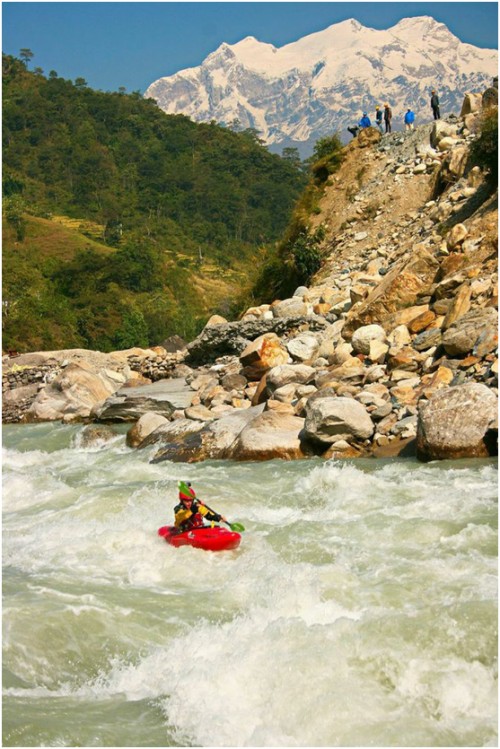 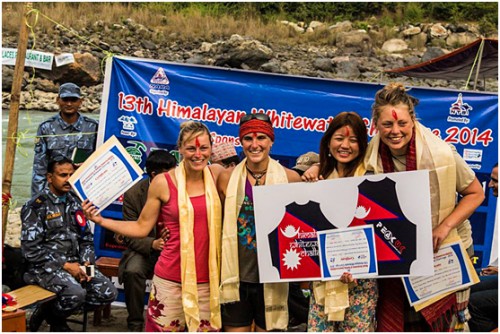 After returning from Nepal just before Christmas, Sal and myself headed straight to Dartmoor to catch some winter storms. Joined there by Adam Ramadan , we finished the year with the Devon Triple Crown. The crown consists of paddling the Upper Plym, Erme and Upper Dart in one day. A large amount of rain is required for the Upper Plym to be good, and you can’t afford to waste any time as both the Upper Plym and the Erme drop their water quickly. The day started with an early morning run down the Upper Plym, followed by the Erme and finished with a chunky Upper Dart blast. 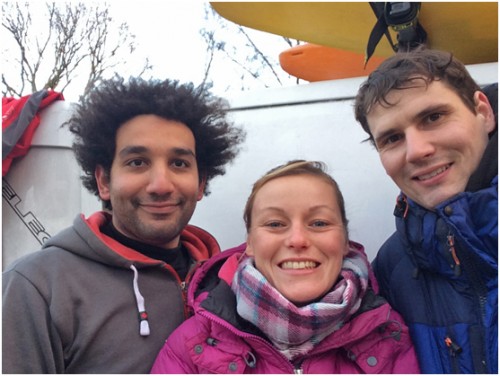 It has been a great year and we cannot wait to get stuck into to 2015. Thanks to Desperate Measures for all the support.

Photos by Matty Nicholas unless specified.